skip to main | skip to sidebar

Posted by Jason Gacek at 5:33 PM No comments:

Posted by Jason Gacek at 5:07 PM No comments:

You will be required to pass three Geo Quizzes this trimester at the Standard Level:

You may elect to take these Quizzes at the Expert Level:

You are not required to take quizzes at the Expert Level.

Each Expert Level Quiz you pass earns you an Expert Point.

Prizes will be awarded at the end of school year for the students with the most Expert Points! The overall top scorer will win a Geography Now t-shirt!

You may take as many quizzes you want on a Quiz Day. The first Quiz Day will be:

The end of the trimester is Friday, November 20.

Capitalization and spelling count on the quizzes. Each error will be a 0.2 point deduction.

Posted by Jason Gacek at 7:54 PM No comments:

Are we bending the curve? 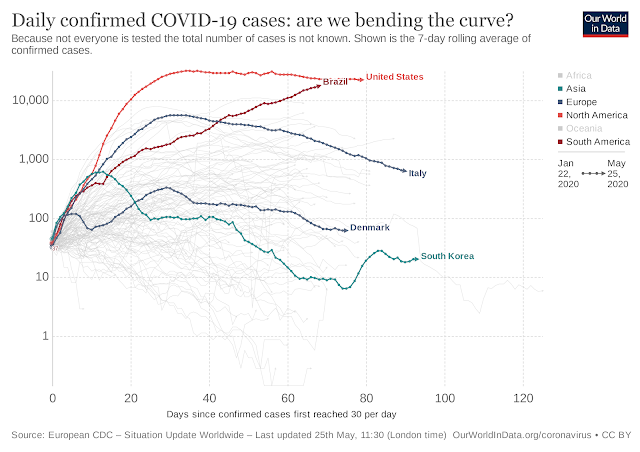 Our World in Data: Coronavirus Pandemic
Posted by Jason Gacek at 9:08 PM 1 comment:

Lois Lowry shares her thoughts on a prequel to The Giver, and Donald Trump Lois Lowry recently wrote an opinion piece on how the society in The Giver came to be the way it was. She also answers the question as to whether she will ever write a prequel to The Giver. You can read her piece here. 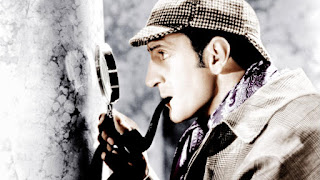 Keep it simple! The mystery you create does not need to be as elaborate as The Westing Game. Think of something simple. Set your story in a location which is familiar to you, such as school or the neighborhood. Work on developing your detective as a character and demonstrating his or her detective skills.

Here are the elements you need to consider as you are creating your mystery:

Solution: You need to work backwards when creating your mystery. As the author, you need to know what happened and then fill in the story around that solution. Keep this simple. If your solution is too complicated it will make the task of writing the mystery very difficult.

Suspects: Agatha Christie sometimes had 10 or more suspects in her classic mystery novels. Keep your number of characters much smaller! Also, it's okay if the criminal is very obvious. Often a mystery about how a crime was committed is just as interesting as a whodunit.

Motive: Every criminal needs a motive. Why did they commit the crime? Discovering the motive can often help the detective figure out who committed the crime and how they did it.

Deduction: Sherlock Holmes is the master of deduction. He can see what others can't and then base logical deductions or inferences from the observations he makes. In the stories, Holmes often makes deductions that have nothing to do with the actual mystery; he just likes to show off! Having your detective make deductions is a way to demonstrate his or her skill as a detective to your audience.

Investigation: This is the middle of a mystery story. The detective looks for clues and gathers evidence. This often entails interviewing the suspects.

Develop these ideas this week while you're planning your mystery. The more effort you put into planning, the easier it will be to write the actual mystery. Good luck!

Posted by Jason Gacek at 8:12 AM No comments:

No matter what type of Science Fiction story you decide to tell, I want you to concentrate on the world-building possibilities writing SF can offer. You are literally creating a brand new world in your story. Be creative. Things will and should be different. Use neologisms--these are words for things which haven't been invented yet in our world. Describe the environment in the world you create. Describe the society in which the people live. Describe your characters so the reader really gets to know them.

Don't worry about creating the perfect plot in your story. Focus on creating a rich and textured world for your characters to inhabit. That said, here are some basic sub-genres in Science Fiction. If you're not sure what type of SF story to write, consider these sub-genres within the genre of Science Fiction.

Post-Apocalyptic: These are usually survival stories. Some great catastrophe has turned Earth into a wasteland. The protagonist must scavenge to eke out a living. There is often competition for resources and it is often discovered that the villain has been hoarding them. The protagonist must thus acquire resources and deliver them to his or her tribe.

Space Travel: Many SF stories are set aboard ships. These ships are often scouting for hospitable planets or friendly signs of life. There is often a lot of suspense about whether the ship will reach its destination. There is often conflict with the beings aboard other ships.

Other Worlds: Many SF stories take place on distant planets and feature other races and societies. These planets are often in conflict with each other, often over resources. These stories often feature humanoids, as well as androids.

Remember that the Science Fiction story that you create must represent your best writing. You may not make your story silly or nonsensical. It must feel like a serious work of science fiction.
Posted by Jason Gacek at 12:15 AM No comments:

Kids Q & A with Elizabeth Warren!

In this video, Elizabeth explains what the coronavirus is and how the government can help.

If you'd like to send Elizabeth a question, you could be featured in a future video. Please see ElizabethWarren.com/KidsAsk for more details!
Posted by Jason Gacek at 4:37 PM 1 comment:

Q: What should you do if you run out of books?

A: Acquire more books of course!

Here are some resources:

Timberland Regional Library. You can check out e-books and digital audiobooks and even stream movies. If you don't have a library card, you can get one here.

Download books legally for free: Project Gutenberg has over 60,000 books available to download. These are all books which are old enough to be in the public domain, which means their copyrights have expired. Here are just some of the offerings available:

The Secret Garden, by Frances Hodgson Burnett
The Wonderful Wizard of Oz, by L. Frank Baum
Alice's Adventures in Wonderland, by Lewis Carroll
White Fang, by Jack London
Anne of Green Gables, by L.M. Montgomery
The Adventures of Tom Sawyer, by Mark Twain
Peter Pan, by J.M. Barrie
Little Women, by Louisa May Alcott
The Call of the Wild, by Jack London
Treasure Island, by Robert Louis Stevenson
The Wind in the Willows, by Kenneth Grahame
Robinson Crusoe, by Daniel Defoe
Adventures of Huckleberry Finn, by Mark Twain
The Strange Case of Dr. Jeckyll and Mr. Hyde, Robert Louis Stevenson
Frankenstein, by Mary Wollstonecraft Shelley
Dracula, by Bram Stoker
The War of the Worlds, by H.G. Wells
The Time Machine, by H.G. Wells
Around the World in Eighty Days, by Jules Verne
The Jungle Book, by Rudyard Kipling
and many, many more!

The Open Library is also a terrific source for checking out books. You can browse its virtual shelves here.

I will update this as I find new stuff available for you to read. Enjoy and happy reading!
Posted by Jason Gacek at 4:16 PM 2 comments:

Nathan: The Disappearing Spoon, by Sam Kean
Genevieve: Becoming, by Michelle Obama
Gurdit: What Unites Us, by Dan Rather
Zoe: I Will Always Write Back, by Caitlin Alifirenka
Ethan: The Race to Save the Lord God Bird, by Philip Hoose
Lucy: Born to Fly, by Steve Sheinkin
Hazel: The Killer Whale That Changed the World, by Mark Leiren-Young
Belle: It's Trevor Noah, by Trevor Noah
Max: 1919: The Year That Changed America, by Martin Sandler
Ayla: Wild, by Cheryl Strayed
Mia: The Distance Between Us, by Reyna Grande
Liam F.: Wesley the Owl, by Stacey O'Brien
Bella: Chew on This, by Eric Schlosser
Clara: Shortest Way Home, by Pete Buttigieg
Luke: World Without Fish, by Mark Kurlansky
Dylan: Born A Crime, by Trevor Noah
Liam H.: Kingbird Highway, by Kenn Kaufman
Grant: The North Pole Was Here, by Andrew Revkin
Brooke: Child of the Dream, by Sharon Robinson
Zellaby: Hidden Figures, by Margot Lee Shetterly
Michael: Bomb, by Steve Sheinkin
Joni: Diary of a Young Girl, by Anne Frank
Reed: Big Chicken, by Marilyn McKenna
Emma: Guts, by Gary Paulsen
Adam: Unpresidented, by Martha Brackenbrough
Anna: Marching For Freedom, by Elizabeth Partridge
Owen: Hitler Youth, by Susan Campbell Bartoletti
Grace: The Omnivore's Dilemma, by Michael Pollan
Alan: The Boys Who Challenged Hitler, by Philip Hoose
Jessica: Dewey, by Vicki Myron
Posted by Jason Gacek at 11:48 AM No comments:

Politico: How to Watch Super Tuesday Like a Pro

All UpFront articles are eligible (must be 2 or more pages in length).

Any article related to Super Tuesday is eligible.

Must read at least 2 articles.

Record title, author, and source for each article.

Record at least 3 bullet point notes of interesting facts for each article.

Capital Cities
Posted by Jason Gacek at 1:25 PM No comments:

Today Elizabeth Warren's Massachusetts state director tweeted a photo of the Letter Wall at the national campaign headquarters in Cambridge, Massachusetts. You can see several NOVA letters in the photo. They are on the left side of the photo and feature the NOVA logo. You can see Zellaby's drawing of Elizabeth on the far left. You can also see Genevieve's rainbow-colored envelope. Good thing Mr. Gacek made everyone hand-write their letters and hand-draw the NOVA logos!

Here is a link to the authors who will be featured at Cavalcade of Authors.

Jason Gacek
Teacher, Librarian, etc. I like baseball, beets, The Office, and Lost.

Classic Shows I would like to see released on DVD